Creating An External List From Excel And Importing It

Create your external lists more quickly and easily by creating them in Excel.

When you create your form, you may be required on more than one occasion to insert defined lists for the same elements, whether for the same form or different forms. With Kizeo Forms, you will be able to  create a standard list that avoids having to input the same list each time! We call this an  External list. In this tutorial, we teach you how to create this list from Excel.

You must use Microsoft Excel 2007 at least in order to  register your list in .xlsx format. If you do not have the Microsoft Office suite, you can download the trial version of obtain the full pack on the  partner's site.

The different kinds of lists.

There are various forms of lists on Kizeo Forms:

Step 1. Creation of lists in Excel.

For these lists, there are two very important points that will prevent proper operation if they are not respected: 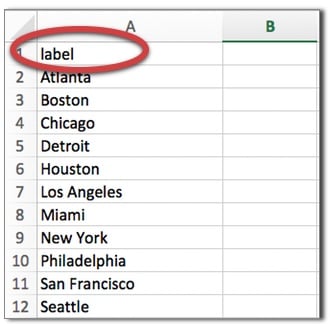 A  Hierarchical list may contain up to 9 levels, that is, 9 columns on the Excel file. 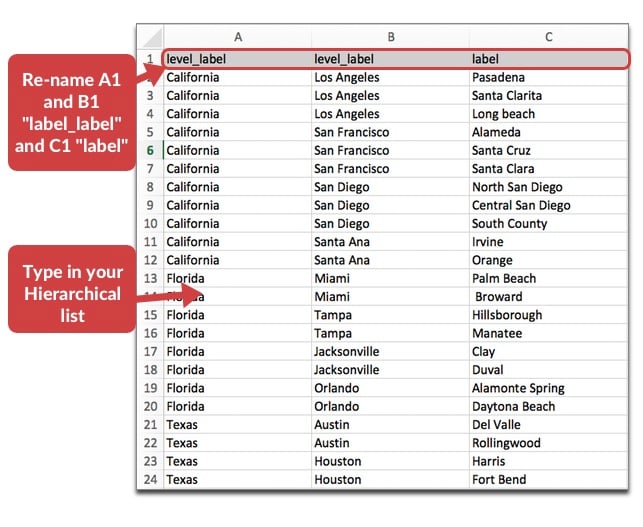 Explanations: take the example of California. By selecting the State of California, you will then have to choose between several cities in California: Los Angeles, San Francisco, San Diego and Santa Ana. Then, when choosing Los Angeles, you will be able to select a county within Los Angeles (Pasadena, Santa Clarita or Long Beach).

Explanations: take the example of Leroy. When you select Leroy, his first name, address and member number will appear in the fields provided for the purpose (the fields Reference or  Calculation). Reading will be by column: column 1 is defined by the last name; column 2 is defined by the forename, and so on.

Explanations: take the example of Languedoc-Roussillon. When you select Languedoc-Roussillon, the following list will offer you Aude, Gard and Hérault. When you choose Hérault: Béziers and Montpellier will be offered to you. If you choose Montpellier: Girard, Dupont, Dufour and Martin will appear. If you select Martin: Marie, Montpellier, 25 Avenue Saint Lazare, 34000 and 7620 will appear in the fields provided for the purpose (Reference fields).

This function is available only for elements originating from a label column. The code appears in the History and in the Excel exports (lists and personalised).

Explanations: Take the example of Jules Petit. On export, instead of seeing Petit appear, his member code 89512 will appear in the History and the Excel imports.

The  Filtered list will  display or hide the  elements of an e xternal list according to the information shown in the  user profiles. 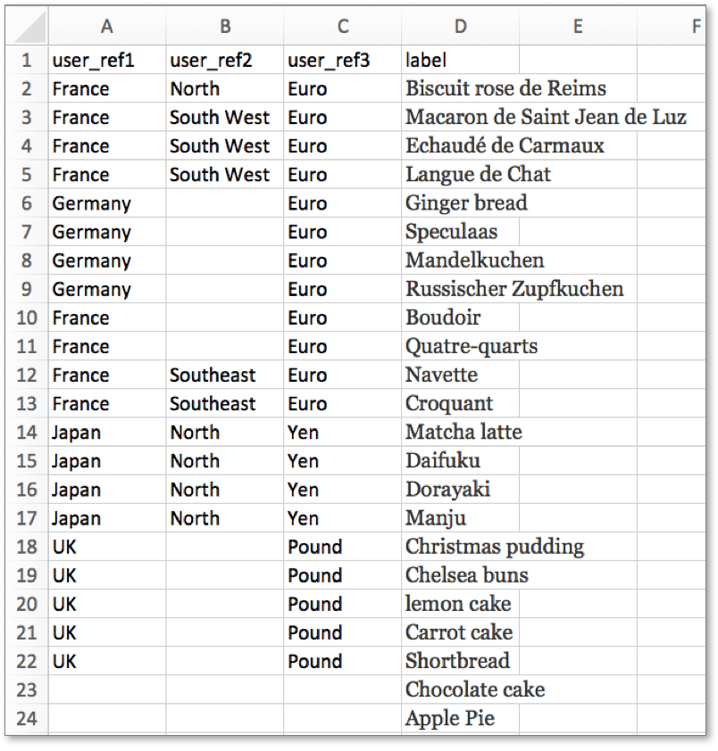 Explanations: Users with the filter  Germany configured in their user profile will see on their mobile or tablet the elements Ginger  Breads, Mandelkuchen,  Russischer Zupfuchen,  Chocolate cake,  Apple Pie and  Speculaas. In contrast, they will not see the other elements on the list appear. 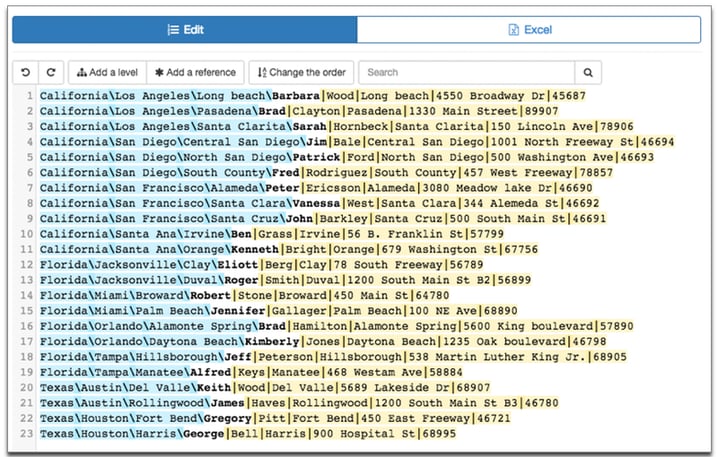 Create an account to test the Kizeo Forms App Free of charge for 15 days !

Create an account
We are available to answer your questions, suggestions, remarks, etc

How can we help you?

A solution powered by Kizeo