The different statuses to manage your Kizeo Forms account 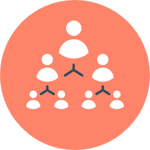 With Kizeo Forms, there are three different statuses: the administrator, the group leader and the  user. Let's see each one of them and what there are allowed to do.

The administrator manages the account entirely. It is the higher status. Therefore, is has a full access and no restriction. Note: by default, everything that is created by an admin can only be modified by another admin. Note: it is possible to give a restricted access to a group leader by granting him only the right to see the forms and data of a specific group. However, he won't be able to modify nor delete the forms and the data. To learn how to do so, feel free to read our tutorial on group leader (the group leader chapter).

The group leader is a kind of medium-level administrator. He can create, modify forms, users, group leaders, groups of users and retrieve the data of his group. The group leader can be assigned a main group Nevertheless, he cannot manage the account. Meaning that he doesn't have access to the the  Settings and Subscription tabs of the platform. Note: to be able to create and modify forms, users and group of users, the rights should be assigned when creating his profile.

The administrator chooses the group leaders in advance. 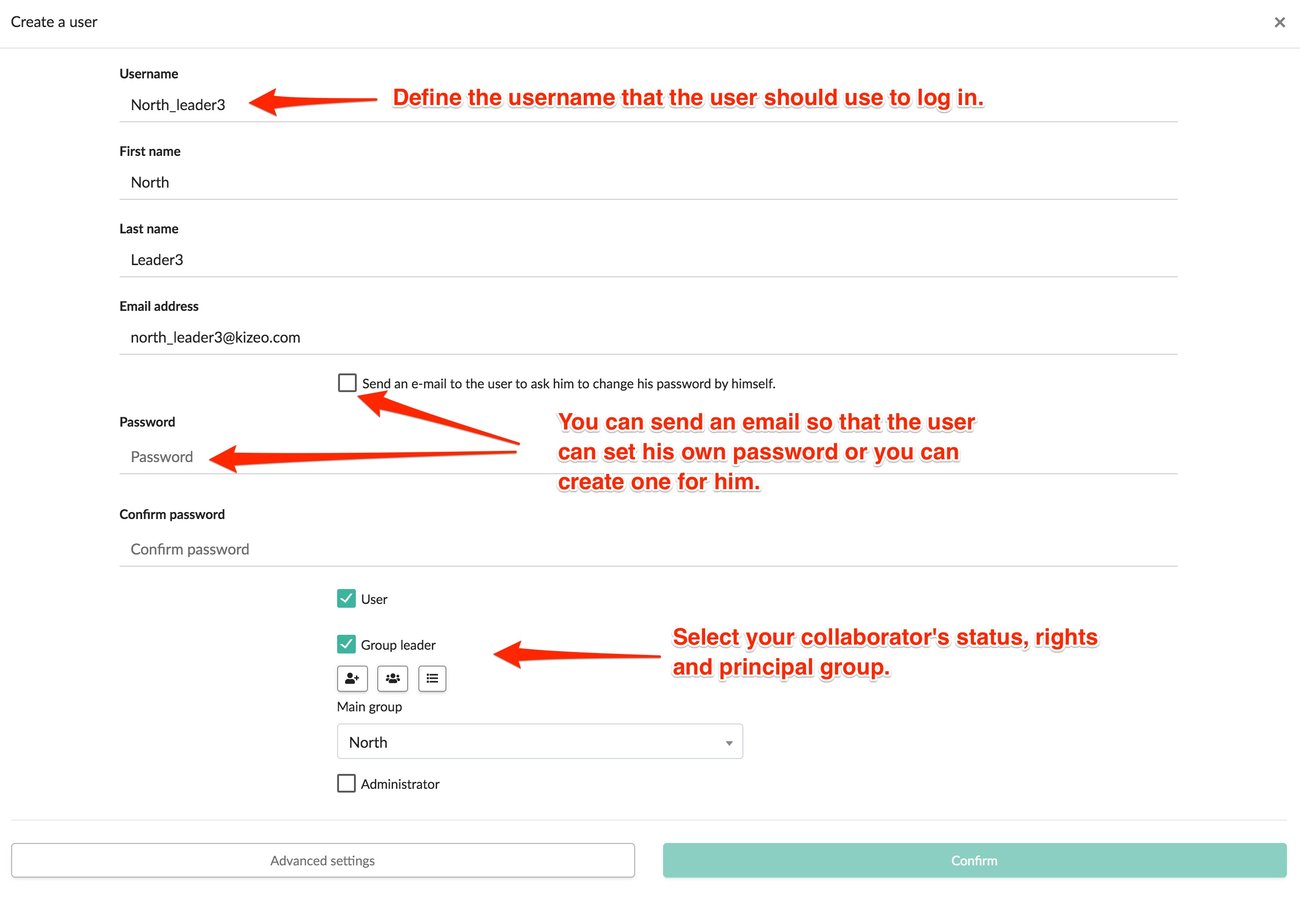 to give your group leader the possibility to create/modify users. Click on

in order to give your group leader the possibility to create/edit user groups. Click on

to allow your group leader to create/edit forms.

Here is a table showing the different interactions between a group leader (with the ability to create users, groups and forms with editing rights) and an administrator[/caption]

Exemple 2 : Our group leader North_leader3 has as main group North. He also has the possibility to create/change forms. The North East and North West groups have the parent group North. Thus :

Reminder : If your group leader is also required to enter data via his Kizeo Forms application or the web platform, you must also select the User status.

Step 2. Manually assign a group leader to a group.

You can limit your group leader's interaction with the data entered by selecting his or her access level from the Choose Role drop-down menu:

Note: It is impossible to limit a group leader's interaction to one group if that group is his or her main group.

The user is the person filling out a digital form from a mobile device or from the platform. Each user should have his own licence activated (mark the user checkbox when creating a profile). Moreover, the user has access to his own data and can therefore copy and/or export it. Nevertheless, he is not allowed to create new forms nor to manage the account.

To go a little bit further...

Create an account to test the Kizeo Forms App Free of charge for 15 days !

Create an account
We are available to answer your questions, suggestions, remarks, etc

How can we help you?

A solution powered by Kizeo